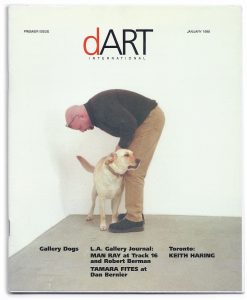 dArt International, really an afterthought to the bookwork, Meditations on Space, ended up serving as a continuation of it – the magazine now a basket into which leftover material might be tossed. The photos of Stuart and Gordo being prime examples. The Gallery Dogs cover story was inspired by the many dog lovers that I encountered in the gallery world through the book project. My Regen entry read, “I walked from North Almont and down the lane to the Regen Projects Gallery. Gordo the dog observed my approach. Chip said, ‘Gordo is like the symbol of the gallery. He’ll lick you to death.’ Gordo jumped up on me. Chip said, ‘Down, Gordo! Down…’”

In my opening editorial column I described the dArt project as a whim, missives that would have to be fired, one dart at a time. The seeming casualness of tacking together these “darts” has long since evaporated. I’ve had to climb into the silo, from time to time, in order to recalibrate the launch coordinates. The current flipping over dArt back pages has much to do with this recalibration and foundational inspection process.

Looking back, without my visits to 175 art galleries in Europe and North America between September 1995 and January 1996, it is unlikely that there would be a dArt magazine. The compilation of material for the book served as an introduction to the gallery world as a whole. As Los Angeles art dealer, Dan Bernier, observed after I suggested that my project was really a performance, “Well, if you look at it that way, you’ve got yourself a hell of  a resume.”

Going back even further, those Meditations on Space gallery notations have a direct link to the 1988-89 Gallery Space project, a floor sculpture shaped by the documentation of 64 visits to art galleries in Toronto. The threads of these works spring from an interest in Sol LeWitt’s oeuvre, particularly his Location of a Square drawing and Variations of Incomplete Open Cubes. While I liked that LeWitt’s forms were executed by means of a set of instructions, I found their wording needlessly complicated. By limiting variables and enlisting galleries to participate in the filling out of a simple form, Gallery Space, the sculpture, would develop over time through the data it generated. Not only did structural details take shape, such as the positioning of door in an open cube, but the project turned out to be a machine to fulfill its own exhibition. Gallery Space and other information-based works of mine had their solo exhibition at the Arnold Gottlieb Gallery in Toronto January 1989. Tom Gottlieb, the 63rd participant, had asked me, “Are you exhibiting these anywhere?”

The Gallery Space piece had been my response to the proliferation of personal computers. I had hoped to show how data collection framed as a simple program might produce a work of art. The gathering of information had been made personal through their performance. In order to have the form filled out by the gallery personnel, it was necessary to make a successful pitch. Out of 69 of my presentations in the gallery project, five had declined to take part. A vital component of the piece had been a participation that somehow needed to be wrested by means of a contest. The arena of action had been a 64-square game board, the model of which I carried around with me when making my pitch.

On the other hand, Meditations on Space, having been global in scope, simulated surfing the net. Instead of a virtiual hit, my plan was to show up in person. The encounter was subsequently recorded in my book, Dominique Nahas noting that it resembled a “Tweet.” In his introduction to Meditations on Space, Earl Miller viewed the documented gallery visits as a “…meditiation to satirically critique the stereotype of the art gallery as a self-contained space for an Essentialist, spiritual experience.”

The premier issue of dArt was collated and stitched at our dining room table with the help of a group of friends. A few days later I was on a plane to Los Angeles for its release. From the list of art writers provided for me by Lynn Sharpless at Angles Gallery, I drew my first dArt editorial contributors. Michael Darling is now Chief Curator at the Museum of Contemporary Art, Chicago. Jan Tümlir has accrued multiple teaching credits throughout California, and he maintains his contributions to leading art publications.

By the time the third dArt had been lobbed, the L.A. roster had grown with the addition of Michael Duncan, Jody Zellen, Christopher Miles, Jeremy Rosenberg, and novelist Bruce Bauman. Later contributors included Clayton Campbell, Shana Nys Dambrot, George Melrod, Craig Stephens, and Peter Frank. The acid intonations of Duncan’s cover story in dArt #3, Testing the Fabric of the New Color Field, burned holes, not only in the then much-hyped New Color Field, but into the prevailing 90s culture mores generally. Of it, Duncan wrote, “with its fear of emotion and penchant for easy cynicism – has turned vacuous simplemindedness into a comic, nihilistic style: the slacker esthetic.” His critique on the Luckman Gallery, Cal State LA show, Color Fields, tagged Monique Prieto, Laura Owens, Ingrid Calame, and Pae White, as slackers. Duncan rather championed the work of artists Linda Besemer, Polly Apfelbaum, and Penelope Krebs. 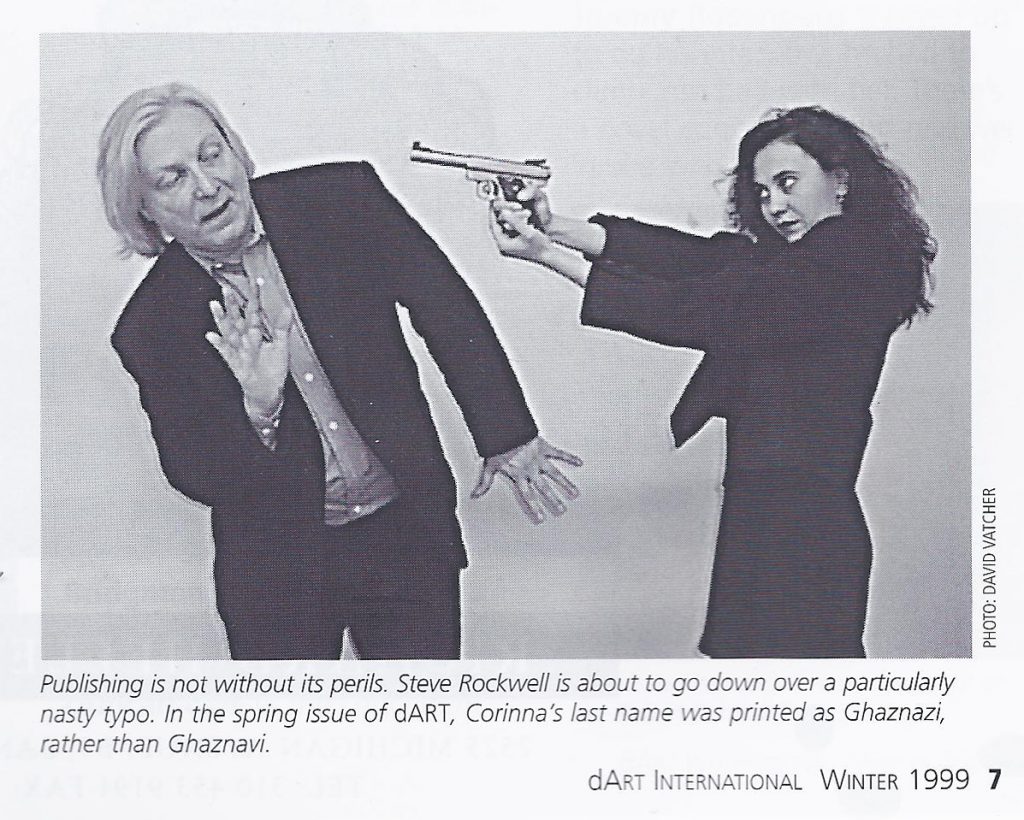 My first New York contributors came about through a meeting with Gail Swithenbank through artist Carl Skelton. Gail had worked with Review magazine. From the list of art writers, with which she had provided me, April Kingsley and Dominique Nahas had responded. I had a positive meeting with April at a wine bar in Soho. She had liked that I didn’t muck up my type with superfluous graphics. Dominique invited me to the studio of his wife, Margaret Evangeline, in Chelsea. He assured me that it would be fun. Once past the clunky, metal door, and into Margaret’s studio in the Starrett-Lehigh Building on 26th Street, it was a transit from dimly-lit concrete into this blinding white, expansive space. On a hot Manhattan summer afternoon, a selection of cold beer and white wine was welcomed. Joining us was early dArt contributor and friend, artist Carl Skelton. We perched on stools in the studio’s galley kitchen. Dominique wanted to know a bit about the philosophy behind dArt. After my hopscotch from floor sculpture to book, and from book to magazine, Dominique made the request to be my New York editor. My reflexive response was, “Sure,” to which I received a kick from Carl, sitting next to me. Leaning forward, he mimed under his breath, “You don’t know who he is.”

From here, dArt’s New York contingent grew. Jeanne Wilkinson, like April and Dominique, had written for Review, while Robert Curcio had contributed to Cover, both journals having long since ceased publication. Christopher Chambers contacted me soon afterwards. Robert Mahoney had been recommended by Dominique. Gae Savannah, Kóan Jeff Baysa, D. Dominick Lombardi, Valery Oisteanu, Thalia Vrachopoulos, Mary Hrbacek, and Edward Rubin continue to contribute for dArt. I got to know Ed at San Antonio’s Luminaria event as part of an art press group. I met Dominick Lombardi, dArt’s U.S. editor, at one of Roger Smith Hotel’s Lab Gallery dinner openings. We got together in Chelsea the next day and came up with a plan to reach other U.S. art centers. Dominick made the connections. With the help of Joe Seipel in Richmond, Virginia, and Bill FitzGibbons in San Antonio, Texas, we put together theme-based issues of dArt focusing on each city’s respective art scenes.

From the start, art fairs fit the dArt mandate and gave it a boost. Just as the internet had been a formative influence on the magazine, doubtless the art fair phenomenon was greatly helped by the connectivity that the internet made possible. Robert Curcio, co-founder and co-producer of the Scope Art Show, described the conditions that gave rise to the art fairs as being, “a perfect storm.” Scope debuted their fair in May 2002 at the Gershwin Hotel in New York. It was here that dArt caught the east coast art fair wave that washed up in Miami later that year.

A few years earlier, the Absolut Vodka-sponsored L.A. International Biennial Art Invitational had helped give dArt some West Coast exposure. The fair had been an opportunity for local galleries to work with international galleries, and for artists to show internationally. For many it would have been the first time. The fair’s co-founder, Robert Berman regards it as “a success for all. It should happen again. Let’s find another Absolut!” His partner in the project, William Turner would, no doubt agree.

With dArt now in its 20th year of publication, I’ve had the nagging feeling lately that its founding blocks are being papered over by the pages of the magazine itself. Yet, dArt was never intended to be a work of art in the conspicuous sense. However, I continue to make it the subject and substance of my own art practice. Lately, it has taken the form of paper-making. There is enough of an accumulation of back issues to lay the groundwork for a new body of work. In that sense, it’s a return to the beginning. My effort has been, it seems, about the ground of art itself – its making, exhibition, and subsequent written critique. 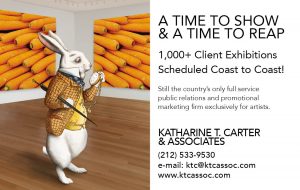 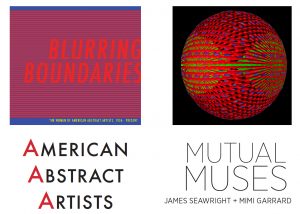 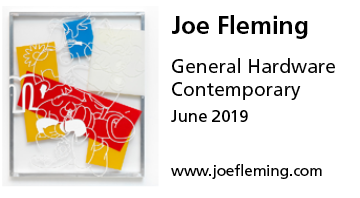